Find Out All About Farah

Farah is one of the thirty-four provinces of Afghanistan. It is in the west of the country. Its capital is Farah. The people of Farah have a reputation for being very courageous and hard working and being interested in land and money, the latter mainly due to the deprivation Farah has been historically subjected to.

Farah is associated with such diverse phenomena as dried meat, bigamy (among the less educated ones) and large families (families typically have a minimum of four children).

The culture of Farah is patriarchal, where the tribal leaders, almost always men, are highly respected. Family pride is strongly valued and family members are taught to respect it and ensure that it is maintained at all times.

The tomb of Syed Mohammed Jaunpuri (who claimed to be the Mahdi) is in Farah and is visited every year by many people from all around the world, especially Pakistan and India. 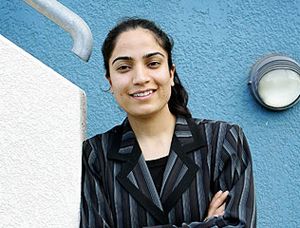 Farah Province has a Pashtun majority. There is a Tajik belt around the capital city. There are also a couple of areas where Aimaks predominate. Despite having a majority-Pashtun population, Farah has not seen much fighting since the US invasion of Afghanistan in 2001. However, mountanous Eastern Farah has seen at least one US offensive against Taliban forces. In February, 2005, the Taliban killed an aid worker in northern Farah and there was a failed Taliban assassination attempt on the governor.

After Loya Jirga in 2003, where Malalai Joya rose as a heroine of Afghan people for her strong speech against the warlords, the name of Farah was widely used in the world media and now many people are familiar with Farah through the brave Joya.